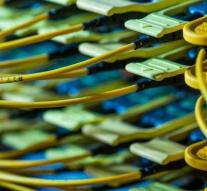 san francisco - A Canadian of Russian origin has been sentenced to five years in the United States. The 23-year-old Karim Baratov, aka Kay, has admitted that he has cracked thousands of e-mail accounts for the Russian secret service. Baratov has already made a confession in November.

Against payment, Baratov cracked the passwords of people in whom Russian spies were interested, such as journalists, civil servants and entrepreneurs. According to the indictment, he managed to penetrate more than 11,000 mailboxes between 2010 and 2017. Baratov often used the same way. He pretended to mail on behalf of Google, for example, lured a target to a counterfeit site and then asked to fill in user names and passwords. He communicated that information to his Russian clients.

Baratov was arrested in Canada last year and then extradited. He is fined more than 2.25 million dollars (1.9 million euros) and has to pay a compensation. Baratov lived in a rich suburb of Toronto. According to Canadian media, he owned, among others, a Lamborghini, a Porsche, an Aston Martin, a Mercedes and a BMW.

Three other Russians have also been charged. They are still fugitive and may be in Russia itself. Among them are two employees of the Russian secret service FSB. They would be responsible for hacking hundreds of millions of mail accounts with Yahoo. If they wanted access to mail accounts at other companies, including Yandex and Google, they ended up with Baratov.