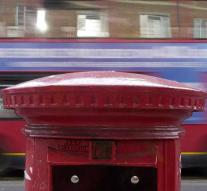 portland - A US court sentenced a man to 25 years in prison for sending a fatal dose of cyanide to an Englishman with suicide plans. He put an end to his life after receiving it.

The 56-year-old man advertised the doses of cyanide but always sent customers a mineral salt. After the Englishman threatened to report him, he actually sent him a dose of cyanide with which the 49-year-old man put an end to his life.

The judge in Portland ruled that the fraud and the role he played in suicide deserved a severe punishment.