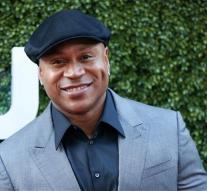 In the Netherlands in the coming years 40 000 additional donors required. In the past decade, the number of blood donors in our country by about one fifth. Throughout the world it is a decrease of nearly 30 percent.,, Three people per second Simultaneously worldwide receive a life-saving blood transfusion, '' says Sanquin.

The new campaign 'Missing type' is an initiative of blood banks from 21 countries, including the Netherlands. Include actress Jamie Lee Curtis and rapper LL Cool J join. Other names are not yet known.

Netherlands had late last year a total of 343. 000 blood and plasma donors. Sanquin aims to 380. 000 donors in 2019. In addition to recruiting these additional donors want the blood bank also annually 35. 000 recruit donors to take the place of donors who quit because of illness, old age or for other reasons.