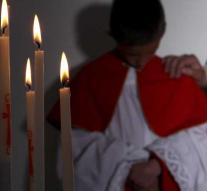 madrid - The Catholic Church in Spain has publicly admitted that priests and other clergy were sexually abusing minors. 'The Church publicly recognizes abuses of different kinds and is determined to eradicate them,' said Ricardo Blázquez, President of the Spanish Bishops' Conference, at the opening of the 112th plenary session of bishops in Madrid.

In October, the newspaper El País unveiled that abuse by church workers in Spain was systematically obscured. In the past 30 years, only 33 priests have been convicted of sexual abuse of eighty minors. Spain has 18. 000 priests.

Pope Francis has called all presidents of bishops' conferences in the world to Rome to discuss the fight against the sexual abuse of minors by clergy. This event is planned for February 2019.