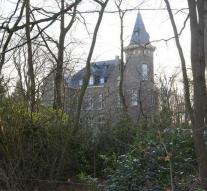 gent - The process surrounding the so-called castle murder in Belgium will still be handled by an ordinary court and not by a popular jury. The court in Ghent turned Friday decision of the chambers in Bruges dated November back.

For the murder of the Belgian lord Stijn Saelens up in 2012 are four suspects. Among them, the Dutchman Roy L., which would have carried out the murder with his now deceased uncle Ronny B. of Eindhoven. L. partly known. Evert de C. of Zeeland would like 'murder broker 'have occurred.

The father of the victim, Andre G., would have given the order for the murder in Flanders Wingene. His son Peter is no longer prosecuted. The fourth suspect Pierre S. would have had a role as an intermediary.

When the trial begins is still unclear.