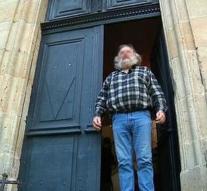 saint - The Dutch man suspected of stabbing fire of his own castle in Saint-Pierreville in the Ardeche in France can not be found. Police officers have the night of Wednesday to Thursday searched found in and around the castle down in the shaft, but no trace of Aalt R..

The Dauphiné Libéré newspaper reported that a team of detectives Thursday to the castle is to assist the police in the hunt. The fire brigade arrived Wednesday to the castle to extinguish the fire that broke out. Since the fire was opened on the firefighters, presumably by the Dutchman. Two firefighters were taken to hospital with minor injuries. The Dutchman was, according to French media totally confused.

The Dutchman, a man in his early sixties, until fourteen months in prison last year convicted of shooting at the car of his ex-girlfriend. By this sentence he has appealed. In 2014, he received a suspended prison sentence for growing his castle into a hotel, without complying with safety regulations.