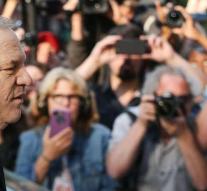 los angeles - The largest American trade union for actors and four major television networks have agreed that auditions can no longer take place in private hotel rooms and private homes. The measure must reduce the chance that actors are sexually abused during castings.

Screen Actors Guild represents 160.00 actors. The union reported that with media companies ABC, CBS, NBC and Fox has agreed not to keep castings in such private settings. It is part of a new, provisional collective labor agreement, which the executive board of the trade union still needs to consider.

The measure follows the great indignation that has arisen after stories about sexual misconduct within the film industry and beyond. In particular, about film producer Harvey Weinstein, who would have used his power several times for sexual pleasure. Because of the Weinstein affair, the # MeToo movement arose.