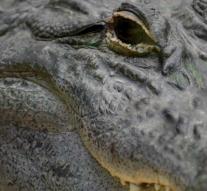 canberra - The Australian authorities are looking for dozens of people on board a Vietnamese boat that has sunk in the mouth of the Daintree River in the Australian state of Queensland. The passengers fled after stranding their boat in a mangrove area where many crocodiles are.

Government sources told the newspaper The Australian that it is still unclear whether the shipwrecked fishermen who had gone off course with their boat or that they had deliberately sailed to the northeastern state of Queensland to request asylum.

Eleven passengers were arrested. More than 30 others are still missing. According to rescue workers, one of the arrested persons said in broken English that he worked as a taxi driver in Vietnam.