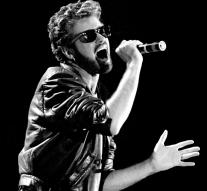 new york - The unusually high number of deaths among iconic musicians this year unleashed a stampede to the music of artists like David Bowie, Prince, George Michael and Leonard Cohen. For major labels, this means that sales will fall sharply higher than previously expected.

Although official sales not earlier than will be known in January, research firm Nielsen talks Wednesday in the New York Post a significant sales plus for record labels such as Universal, Sony Music and Warner Music.

For example, the death of George Michael on Christmas Day made the same day for a huge demand for his music on Spotify. Compared to a normal Sunday his music was 3200 percent more often streamed.

The death of Prince caused a peak of 5,600 per cent on the day he died and led to a run on his albums, both physical and digital. The music of David Bowie took place after his death in great demand.