Home / Tech / Case of Theft Uber to Justice VS 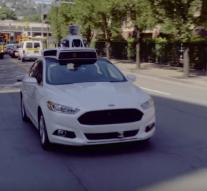 san francisco - A judge in San Francisco has referred a case to Uber taxi service on theft of business data to federal research services. The case was initiated by Waymo, a sister company of Google's parent company Alphabet, who works on self-propelled cars.

According to Waymo's charge, an old employee, Anthony Levandowski, has stolen confidential information about the self-propelled car's technique. He would have downloaded about 14,000 documents six weeks before his departure. Then Levandowski started his own start-up Otto to continue working on a self-propelled car. Uber bought that company for $ 680 million last year.

The court rejected Uber's request for private mediation in the case. Uber is also blamed by Waymo for violating patents and unfair competition.