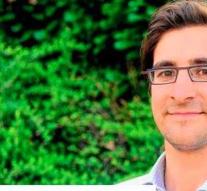 brugge - Almost a year after the pro-forma session, the famous cause of the castle murder will start next Tuesday. Four suspects are arrested for the murder of Belgian castle lord Stijn Saelens in 2012. Among them the Dutchman Roy L., who would have carried out the murder with his now deceased uncle Ronny van B. from Eindhoven.

L. has partly known. Evert de C. from Zeeland would have acted as a 'murderer'. The father-in-law of the victim, André G., would have commissioned the murder in Flemish Wingene. The fourth suspect, Pierre S., would have had a role as an intermediary. The body of Saelens was found two weeks after the murder near a chalet of S. in Maria-Aalter.

Evert de C. would have played a role in the recruitment of Van B. The latter was brought to the castle in Wingene by his cousin L. on the day of the murder. L. would also have helped to bury the body of the victim.