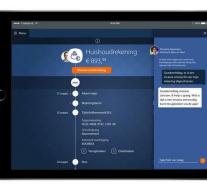 almere - Used car sellers should beware of scams. Rabobank app has been abused in the past two to three weeks to steal cars. They put through sites like touch Marketplace to buy a car, pretending to transfer money and going so off with the 'purchased' car.

Two car salesmen have fallen into a sales gimmick. The scammers have been active in Almere and Woerden. Police in Flevoland suspect that it is a group of swindlers.


The scammers are confronted by the police, but they say that they have transferred the money back in cash. The detective investigating the case.