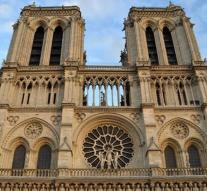 - The anti-terrorist brigade of the French police discovered a car with multiple cylinders on the Quai de Montebello along the Seine in Paris. According to French media have been arrested several suspects.

The car belongs to a man standing on a list of potential terror suspects. Notre Dame, one of the major tourist attractions in the French capital, is just across the river, about 100 meters away.

The car with the gas cylinders were discovered Saturday night, as the police announced Wednesday along. According to French media, it is a Peugeot 607. The gas cylinders were not connected to each other and did not have inflammatory agent. The car license plates had been removed.