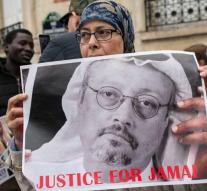 ottawa - Canada wants to cancel the arms contract with Saudi Arabia. The agreement represents a value of 13 billion dollars.

The Canadian Prime Minister Justin Trudeau announced the break with Saudi's Sunday in a TV interview. Earlier, the prime minister said that the deletion of the agreement with the Saudis for the supply of armored vehicles would lead to high fines due to breach of contract.