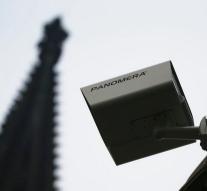 cologne - Police in Cologne will hold the New Year on the square near the cathedral with an eye on high-tech cameras. The equipment is part of the stringent security that should prevent scenes like last year repeat itself. The first three devices were hanged Wednesday.

After the last turn of the year police received hundreds of reports in particular women who were assaulted, robbed and sexually harassed. The police, who will accompany the party with 1500 people hanging around the square cameras that can zoom in on each and every individual to capture an image. At police headquarters may be spied live.

Earlier it was announced that the square near the famous Cathedral and the Central Station will be a light decor and artwork will be so brightly lit. It is forbidden to throw firecrackers.