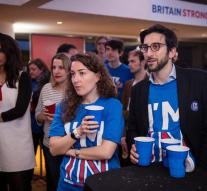 london - Proponents of membership of the European Union on Friday launched a petition on the Internet in which the Mayor of London Sadiq Khan is called upon to declare independence the city and to keep the EU.

London is an international city and will remain the heart of Europe, according to the authors of the petition. The action gathered in a short time already 10 000 signatures. Sadiq Khan should be president of London and the city-state should also join the Schengen and the euro zone.

The call coincides with serious separation plans in Scotland and Northern Ireland. Since see politicians who are already not as attracted to the English, how the brexit make their departure from the UK. It is especially England who voted for the brexit. EU membership is much less populated parts of the country Northern Ireland, Scotland and Wales is very popular, as in the international and European oriented metropolis London.