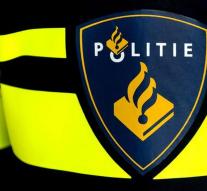 finland - A few agents are lauded by café visitors on Friday evening in Eindhoven. The grim atmosphere began when a drunk and aggressive man stabbed behind the wheel of an ambulance. When he was subsequently taken out of the ambulance by the police, these agents were taken by the cafe visitors. A man was detained.

The police went to the cafe to support ambulance staff. In the cafe a visitor had fallen hard on his head, reports Brabant broadcaster. When the fallen cafeteria was treated to the ambulance, another cafe visitor- supposedly drunk- climbed behind the wheel of the ambulance.

When the man was pulled out of the ambulance with force, the other cafes did not agree with them and robbed the dancers. The man left the police afterwards and poured a glass of beer over an agent. He was then counted and still stuck.