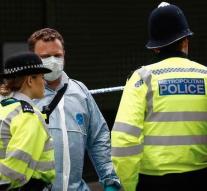 london - The three Islamic men who sat in a high-speed baggage last week on pedestrians on London Bridge in London had tried to rent a 7.5-liter truck in the morning. However, they did not get the truck because they had problems with the payment.

At the attack, eight people turned around. According to the police, the consequences could have been much greater if the perpetrators had used the heavy truck, said the head of the London anti-terrorist unit on Friday.

Although Islamic State (IS) has formally claimed the assault, there are no evidence that the three men were driven by IS according to the police. The police are still investigating where the three men knew each other. One of the perpetrators came from Pakistan, the other from Italy and the third had ties with Libya, Morocco and Ireland.