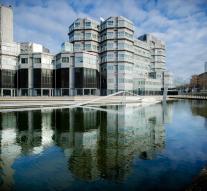 - The court in The Hague has also determined on appeal that the secret services AIVD and MIVD no phone calls allowed eavesdropping where a lawyer participates. This is only allowed if there is independent monitoring, but it is missing. If this is not within a few months yet, the government should stop eavesdropping.

The government had appealed against the decision in the eavesdropping case, which was filed by lawyers of the Amsterdam office Prakken d'Oliveira. Previously showed that the AIVD communications between lawyers of the firm and their clients had drained.

The government has announced that he will propose a form of independent review, but did not agree with the opinion of the court that the government had acted unlawfully. Also, it is according to the cabinet is not possible to set up an independent control within six months.

The argument that the term is too short a half years, is rejected. The court in The Hague says that the government's decision for a long time could have seen coming. Also, the court is not convinced that it is necessary to amend the law to arrange an independent audit. "A change in policy may be sufficient."

The current supervisor of the intelligence services (CTIVD) according to the appellate court here play no role. CTIVD, according to the court "Although a supervisory position, but no direct involvement in the eavesdropping practice." "Therefore, now lack the required safeguards."

Earlier, the court had forbidden the secret services to share information from the bugged conversations with the OM. The court maintains that prohibition. "It is contrary to the right of the accused to a fair trial, that the contents of confidential conversations with his lawyer at the Public Prosecution might be known."

The lawyers are happy with the decision. "We are reassured by the ruling. The court leaves no doubt that the eavesdropping without independent verification is unlawful and that that test is required, especially among lawyers," lawyer Channa Samkalden responding on behalf Prakken d'Oliveira.