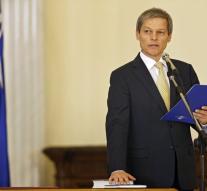 bucharest - Romanian Prime Minister Dacian Ciolos on Tuesday for his new government won the confidence of the parliament. The 46-year-old Ciolos has formed a technocratic cabinet, where party politics a step back.

The team of ministers from non-party technocrats and business people received broad support in particular of the largest groups in the country, the liberal and social democratic.

Ciolos is a former European Commissioner for Agriculture. He Pariu Anca Dragu, a former official of the International Monetary Fund and former analyst at the European Commission allocated the Ministry of Finance. A former diplomat Lazar COMĂNESCU 's foreign minister.

It is intended that the business cabinet governs a year and there in the autumn of 2016 elections.