Home / World / Businessman Tapie has to pay back 404 million 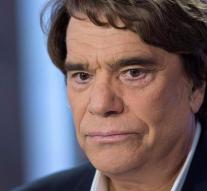 paris - The French businessman and ex-politician Bernard Tapie has to pay back 404 million euros, which he previously received as compensation from the French state. That is what the Court of Cassation has determined in Paris, according to French media Thursday.

Tapie received compensation in 2008 due to the loss of income or damage he would have suffered from fraudulent practices by the nationalized bank Crédit Lyonnais (CL) in the sale of his share in Adidas firm in the 90's.

The French state went to court because a government-ordered arbitration in the business dispute was broken. The arbitration was instituted by the then Finance Minister, Christine Lagarde, now the IMF's boss.