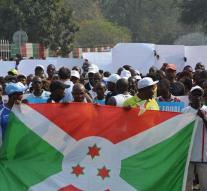 bujumbura - Burundi has three investigators from the United Nations that have been critical about the human rights situation refused entry to the country. That the BBC reports Tuesday.

The researchers found in a report last month that thousands of people have been tortured, disappeared and sexually abused during political violence in the African country. They warned also that through the resurgence of violence is genocide in wait.

The International Criminal Court in The Hague has begun a preliminary investigation into the violence in which Burundi since the disputed re-election of President Pierre Nkurunziza has slipped. Burundi is not cooperating with the investigation of the ICC and in August refused to allow a UN police force.