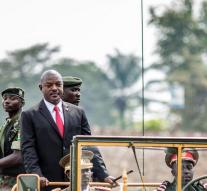 bujumbura - Burundi refuses a police force of the United Nations to be admitted to the country. The UN last Friday approved the deployment of a police force. The police should keep the security and human rights situation in the gaps in the country. In total, the force should be composed of 228 agents.

,, Regarding the deployment of the police force wants the government of Burundi to the Security Council to remind you that any resolution must be approved by the host country. And that is, unfortunately, not the case, 'a government spokesman announced.,, The government rejects any measure related to the sending of troops to its territory in violation of the basic rules within the United Nations, particularly as rules violate the sovereignty of the territory. '