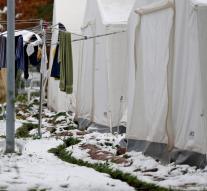 - The German parliament on Thursday bends tighter asylum law which aims to stem the flow of refugees . The new rules should make it possible for asylum seekers who stayed in safe countries to be returned to those countries. It also stipulates that Balkan countries such as Albania , Kosovo and Montenegro are safe and the residents therefore need no shelter.

Official figures show that until September this year, nearly 275 000 asylum applications were submitted in Germany. More than a quarter of the requests , approximately 70.000, came from Syrians. But there are many more applications submitted by people from the Balkans.

The new rules require asylum seekers from the Balkans quickly back home.