Home / World / Brussels: The EU needs to include more refugees 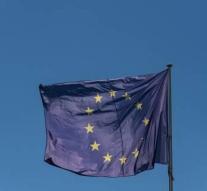 brussels - The European Commission calls on all EU countries to comply with the agreements on the taking of asylum seekers from Italy and Greece. Additionally, Member States should allow more recognized refugees from Turkey and African countries, says EU Commissioner Dimitris Avramopoulos (Migration).

The ruling of the EU court, which also obliges Hungary and Slovakia to relieve Italy and Greece, confirms that the measure is the correct answer to the migration crisis. There have now been 27,695 asylum seekers from other Member States from Greece and Italy, including from Eritrea and Syria.

The measure expires on 26 September, but that does not mean that the official mills stop promptly. There are still 2800 asylum seekers in Greece waiting for a move to another EU country. In Italy, 7200 people arrived this year, but only 4000 were registered.