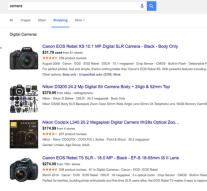 brussels - The European Commission is the US company Google further the thumbscrews on her last year began investigating Google Shopping. EU Commissioner Margrethe Vestager (Competition) said Thursday in Brussels there will be even more convinced that Google is abusing its market position.

She now requires Google to clarify the practice of the company refers to its own stores and products. By putting them at the top of Google search pages, the rivals are affected. Twenty companies had complained about last year. They have been heard.

Vestager now sends two statements of objections to Google and ask for clarification.


,, These practices mean that consumers might not be the most relevant results to get them, 'she said.