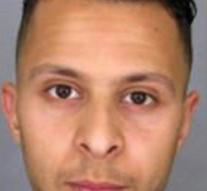 - The Belgian police for the terrorist attacks in Paris heard the brothers Salah and Brahim Abdeslam. However, they were released, because at that time there was no evidence of involvement in terrorist activities.

That reports De Morgen. Brahim blew himself up Friday at a cafe in Paris. Brother Salah is still on the run.

" We knew they were radicalized and could go to Syria, but there were no signs that they were a threat ", says spokesman Van Der Sypt of the federal prosecutor. " Even if we had signaled to France, I doubt whether we could stop. "