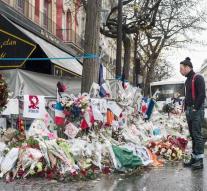 - The brother of one of the Islamic terrorists behind the attacks in Paris on Wednesday sentenced to nine years in prison.

The court considered it proven that Karim Mohammed Aggad in December 2013 with a group of like-minded people went to Syria to be trained as IS-warrior.

Karim's brother Foued was one of three men who killed ninety visitors during a rock concert at the Bataclan. It turned part of a major terrorist action of IS which killed a total of 130 people in the French capital in November.


Prosecutor Nicolas Le Bris had demanded ten years in prison against Mohammed Aggad. He meant for it to have all the reason in view of the information from tapped phone calls and documents,, jihad '' on the computer of the suspect.