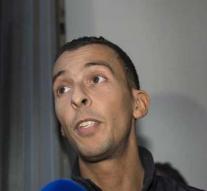 brussels - The older brother of terror suspect Salah Abdeslam, Mohamed, has been arrested because of an armed robbery against civil servants in Belgium. That was reported by various Walloon media on Saturday.

He would have committed the robbery last month in the Brussels municipality of Molenbeek. The officials were on their way to the bank with 70,000 euros when they were threatened by a person with a knife and had to surrender their money. Mohamed Abdeslam is a former employee of the municipality and was arrested Friday together with another suspect.

Terror suspect Salah Abdeslam is the only surviving terrorist in the Paris attacks, killing 130 people in November 2015.