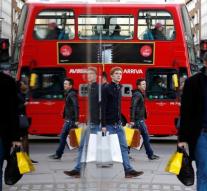 According to figures from the UK Office of National Statistics state that were presented Tuesday.

The British pound, following the referendum on June 23 and the decision of the British to leave the European Union experienced a significant downturn compared to 31 trading currencies.