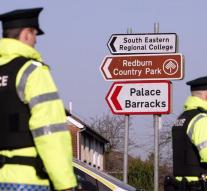 london - British intelligence services have ejected eighteen terrorist attacks over the last four years. That has been announced by the British government on Thursday. Only since the attack at the British Parliament building in London in March, the services prevented five attacks.

The domestic intelligence service MI5 is doing about five hundred investigations. There are about 3000 people for whom the secret services are of particular interest.

Also, the perpetrator of the attack in Manchester last Monday belonged to it for a while. Recently, however, this Salman Abedi has not been a target of research. Due to the attack, 22 killed.