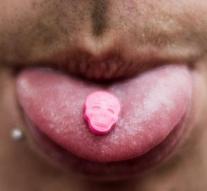 edinburgh - The career of a 16-year-old British scholar at a peer-school private school should only take one week. The boy was sent away because he was screaming under the influence of xtc at the Sunday church service. The boy held nothing but the final suspension, nothing about the incident.

The boy went for a week to Feper College in Scotland, at 33,000 pounds a year, when he took a pill and walked into a shady church. According to the British Metro, police were turned on after several pills were found in his room.

Head of School Geoffrey Stanford explains in a statement that both the students and the staff of the chic private school, including former Prime Minister Tony Blair from 1966 to 1971, are shocked. 'We take this issue very seriously. Anyone who purchases, uses or sells illegal means may expect him to be sent to school, whether at or outside school. '

It is not the first time that Fettes College is dealing with drinking and drug use among her students. Last May, four other school boys were sent after smoking cannabis and using Snooze, a legal drug.