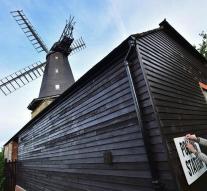 london - The polls were opened in Britain on Thursday in the parliamentary elections held at the initiative of Prime Minister Theresa May. Almost a year after the British referendum on membership of the European Union, British voters return to the polls. More than 40,000 polling stations in 650 constituencies have been put in place.

The voters can vote until 23.00 hours (Dutch time). The first exit polls are expected around that time.

The Conservative May hopes to reach a large majority with these early elections and be as strong in their shoes as ten years after the negotiations with Brussels about brexit begin. After a number of political blunders and terrorist attacks, the Conservative Party of May has fallen back in the polls, but remains the largest. The left-wing leader of the Labor Party, Jeremy Corbyn, unexpectedly does very well in polls.