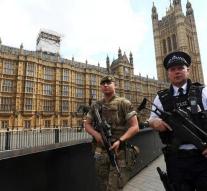 manchester - The British police are making progress in the investigation into the suicide bombing in Manchester. Police chief Ian Hopkins of Greater Manchester said Thursday to journalists that 'major' arrests were made.

Hopkins added that items were seized when they were found to be 'very important' for the investigation. He did not go into detail. The newspaper The Independent earlier reported that explosives have been found.

The police have made several searches since the attack at the Manchester Arena. There are still eight people.