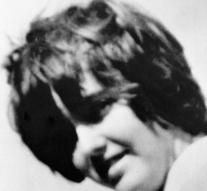 - British police have arrested a 78-year-old man who is suspected of murder in 1965 on a 14-year-old girl. The police arrived the man on the track came after new information.

The schoolgirl Elsie Frost was killed in Wakefield in October 1965 when she was on her way from school to her home. She was attacked in a tunnel from behind and stabbed to death. Police interviewed hundreds of people but did not catch the culprit. A then 33-year-old man was arrested but he appeared to have nothing to do with the business of doing.

Last year the police reopened the then 50 year old murder case. The publicity there were hints from the population that eventually led to the now elderly accused in the county of Berkshire.