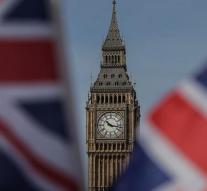 They do not tell how long such a transition period should last for them, but they need to be clear in advance. It must not be 'a back door to stay in the EU', the two emphasize. The ministers need a transition phase to provide business 'more certainty'.

The proposal suggests that two camps within the British government are now agreeing on the way in which the brexit should be shaped. Hammond represents the pro-European group in the Conservative Party of Prime Minister Theresa May, Fox is just one of the furthest advocates of the British departure from the EU.