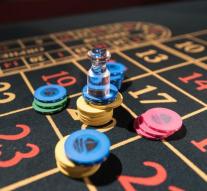 This was reported by the newspaper The Guardian Friday based on figures from the regulator, the Gambling Commission, covering the period September 2014 to September 2015. A third of the lost money disappeared through gambling and betting on the internet.

There has never earned so much by the operators in 2015 with online electronic casino games such as roulette. Since the British gambled with 2 billion euros.