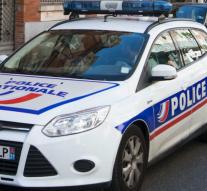 bayonne - French police have arrested a British tourist due to the death of her five month old baby. The baby was found dead in the house where the woman with her husband and two children stayed at the resort Saint-Pee-sur-Nivelle at Bayonne in the southwest of France.

According to French media, the father got up early Saturday morning and went out of the bedroom. When the mother got up a few hours later, the man discovered the dead baby and he warned the police. A doctor later concluded that the baby had not died naturally.

The family spent a week in the house and would leave Saturday. The identity of the British was not disclosed.