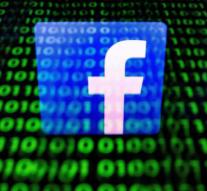 london - The British privacy watchdog is planning to fine Facebook of half a million British pounds on the Cambridge Analytica scandal. It is the maximum fine that is possible.

According to Elizabeth Denham, the head of the Information Commissioner's Office, Facebook has violated the law by inadequately protecting the personal information of users. Facebook was also not transparent about how other companies collected data on the platform.

Cambridge Analytica managed to get hold of the profiles of 87 million Facebook users, including 2.7 million Europeans. The company used this data without the knowledge of the account holders for other matters, such as advertising campaigns and political influence.

Facebook has the right to respond to the fine before it is definitively determined.