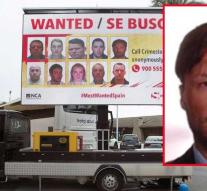 zurich - The Swiss police have arrested one of the most popular fraud suspects in Great Britain. The 45-year-old Mark Acklom would have paid a woman 850,000 pounds (about 960,000 euros) by pretending to be the intelligence service MI6, reports British media. He then left with the northern sun.

The victim told the BBC last year how Acklom put her on the wrong foot during their relationship. The woman was allowed to come to a scene with his boss at MI6. There she saw how the fraudster walked into an underground car park along heavily armed guards, supposedly to enter the intelligence building through the back door.

The man borrowed tons of his girlfriend and disappeared at the end of 2012. The authorities later found him in Switzerland, where he appeared to live in a sumptuous apartment with his wife and two children.

When agents invaded the house, the suspect, according to Sky News, tried to jump from the balcony. He could, however, be worked against the ground. The British authorities will ask for his extradition.