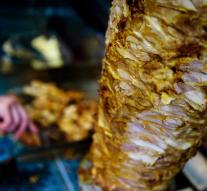 london - Complaints about cold kebab and foxes that make noise. These are some of the weirdest calls that get the emergency services are on the emergency number 999, similar to the Dutch 112.

British police have for the holidays publicity with the ridiculous reports. So call people over trifles like a fallen nail art or ask the police whether they can deliver a pizza. This, however, they cause longer waiting times for those who are in real need, is the warning.

In the top ten of madness state include a call about a coin that was stuck in a washing machine at a laundromat. Also called a woman that men tried to take her home with it, while the agents were coming to arrest her.

Further took a man to contact the emergency number because he wanted the police that you need to call for non-emergency cases.