Home / World / 'British do not share information with USA anymore' 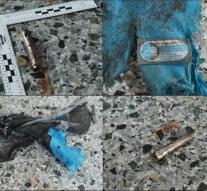 london - The British police currently do not share information about the attack in Manchester more with the United States. The authorities want guarantees that no confidential data is being released, said a source in anti-terror services on Thursday.

British officials responded when the New York Times published forensic photographs of the bomb used on Wednesday. Previously, the name of the suspected perpetrator, Salman Abedi, was leaked in America before being published in England.