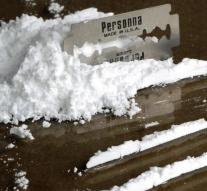 london - A British man has been sentenced to 21 months in prison because he had brought cocaine to a court.

The 24 year-old Waqas Khan was in court in Luton appearing on suspicion of involvement in large-scale drug trafficking.

It seemed that he was acquitted, until he revealed a bag full of cocaine to himself during a session . Khan confessed that he had the drugs with the intention to sell, reported the British channel SkyNews. " With such drugs appear in court shows an utter disregard for the law ", said police inspector Paul Baron after the incident. He calls the action of Khan " incredible ".