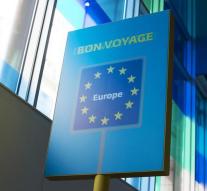 - A British exit from the EU can bring countries in eastern Europe on the same idea. It fears the Luxembourg Foreign Minister Jean Asselborn.

,, We can not rule out a brexit has a domino effect in Eastern Europe, '' Asselborn told German media. He called it a historic mistake,, '' British Prime Minister David Cameron,, even think '' the call for a referendum on whether their country should leave the EU. And even though the British people agree to remain in the union, then the negative attitude of Britain remains the Luxembourg minister still a problem.