Home / World / Brexit does not do well in the UK economy 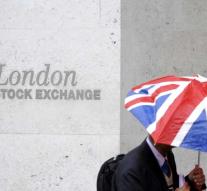 rotterdam - Today, exactly two years ago, the United Kingdom voted for a departure from the European Union. A lot has happened since then, but one thing is not yet: the economic boom promised by proponents of a brexit.

In fact, when the British actually leave the EU in 2019, it seems that a lot of economic activity is leaving the country.

Over the past two years, not only have European institutions sought salvation elsewhere, such as the EMA medicine agency that is moving to Amsterdam, but many banks have also announced a move from the City of London to the European mainland.

This week there was news that Airbus may also leave the UK. That would be disastrous for the 6000 employees of the aircraft manufacturer in Broughton, in the north-east of Wales.

They remember the mass layoffs of 1980, when 6500 people lost their jobs. Salient detail: more than half of the people in the constituency to which Broughton belongs, voted in 2016 before leaving the EU.

The rest of the British economy is not yet running like a tierelier. Of course, the gross domestic product is still growing, at 0.1% in the first quarter, and the economic catastrophe that the opponents of brexit foresaw has not been realized.

But where the United Kingdom traditionally grew faster than the euro zone, the roles have now been reversed. For more than a year, the economy of the eurozone has been growing faster than on the British islands.

The financial markets also have no confidence that the British EU exit will run smoothly and prosper in the spring of 2019. The pound is particularly low compared to the euro, and to a lesser extent also against the dollar. For that reason investors have started buying British shares- and they are therefore on record prices.

And also the British themselves get nodding knees at the thought of a future outside of Europe. Consumer spending growth, an important part of economic growth, has since the beginning of 2017 collapsed from more than 5% per month to just over 2% in May this year. And that is despite the particularly low unemployment rate.

What seems particularly necessary in order not to let the most important negative consequences of the brexit happen is quick clarity. Airbus wants to know where it is after March 29, 2019, just like the financial markets. One big advantage: as long as Brussels and London do not reach clear agreements, a house in the British capital will only become cheaper.