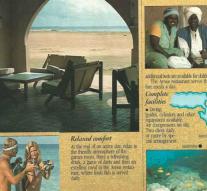 jerusalem - One of the most daring missions of the Israeli secret service is now being filmed at Red Sea Diving Resort. The breathtaking operation saved the lives of thousands of Ethiopian Jews in the 1980s, reports the Israeli newspaper Haaretz.

Under the guise of a diving resort for tourists in Sudan, the Mossad ran the secret operation, one of the longest running of the Israeli secret service. Only now, 37 years later, does the story behind the diving resort on the Red Sea get its true face.

'Operation Brothers' lasted more than three years in the early 1980s. In the heart was Arous Holiday Village, a small beach resort that was presented as the diving and desert recreation center of Sudan. According to a brochure distributed among European travel agencies, Arous offered diving enthusiasts a combination of desert views, sandy beaches and coral reefs, including real shipwrecks off the coast of the East African coast.

But this is what the brochure did not mention: it was all a cover, conceived by the Mossad. Secret agents went with trucks to Sudanese refugee camps, to pick up Ethiopian Jews and return to the resort through dangerous trips through Sudan. From there they were brought to Israel by ship or plane.

Decades after the details of the story were first revealed, Gideon Raff wrote the script for Red Sea Diving Resort, inspired by the real events between 1981 and 1985. The film, which will be released later this year, was recorded last year in South Africa and Namibia. Chris Evans, Haley Bennett and Ben Kingsley play the leading roles.