Home / World / Boris Johnson: the US is first in line 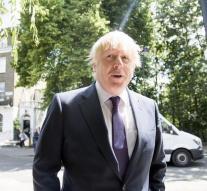 london - According to the brand new British Foreign Minister, Boris Johnson, the United States are first in line for the conclusion of trade agreements. thus the former mayor of London and brexit-advocate mockingly referred to the remark that US President Barack Obama made earlier.

In April, Obama said that if the British would choose a brexit, they must stand in line for the conclusion of new trade agreements with the US The treaties through the EU would no longer apply to London.

Commenting on his new political post Johnson also said Wednesday that Britain,, a great success can make the new relationship with Europe and the rest of the world, and I am very happy that I'm asked them to play a role. ''


It seemed that Johnson went on to become the successor of David Cameron, but he dropped out unexpectedly.