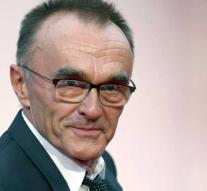 los angeles - The latest James Bond film will not be shown in cinemas until 2020 at the earliest. The authoritative entertainment magazine The Hollywood Reporter reports this on the basis of insiders. The producers had a summit on Friday about the situation after the departure of director Danny Boyle.

Bond adventure 25 was scheduled for a premiere at the end of October next year, but that is no longer feasible now that the recordings are being postponed. On Tuesday it was announced that Danny Boyle had been removed from the project because of 'creative disagreement'.

The scenario of Boyle and coscenarist John Hodge would become more pronounced. The film would have a Russian villain and be suitable for the era of #MeToo and #TimesUp. Insiders suggest that the producers still found these current themes a bridge too far for Bond 25.

The question now is whether leading actor Daniel Craig is still interested in the film if the recordings are postponed.