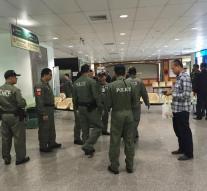 bangkok - An explosion in a hospital for armored men in Bangkok killed 24 people on Monday. According to the police, there have been found remains of a bomb.

Nobody has claimed the responsibility yet. It was exactly three years ago that the army seized power in Thailand. The Phramongkutklao Hospital is mainly visited by military officers.