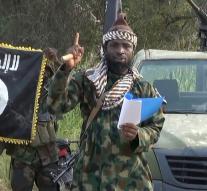 abuja - Boko Haram Wednesday twenty people slain in an attack on a village in northeastern Nigeria. Fighters opened fire on four vehicles. All occupants were killed, said a local militia that fights against the terror group.

The attack took place near the village Jingalta in Borno State. The cars of the victims were burned. Also houses were later burned. This covered no people, because all the residents already had fled after the massacre at the side of the road.